Frequent use of cannabis can often lead to dependence

What is Cannabis Use Disorder?

Cannabis use disorders are often associated with dependence—in which a person feels withdrawal symptoms when not taking the drug. People who use cannabis frequently often report irritability, mood and sleep difficulties, decreased appetite, cravings, restlessness, and/or various forms of physical discomfort that peak within the first week after quitting and last up to 2 weeks. Cannabis dependence occurs when the brain adapts to large amounts of the drug by reducing production of and sensitivity to its own endocannabinoid neurotransmitters.

Cannabis use disorder becomes addiction when the person cannot stop using the drug even though it interferes with many aspects of his or her life. Estimates of the number of people addicted to cannabis are controversial, in part because epidemiological studies of substance use often use dependence as a proxy for addiction even though it is possible to be dependent without being addicted. Those studies suggest that 9% of people who use cannabis will become dependent on it, rising to about 17% in those who start using in their teens.

In 2015, about 4.0 million people in the United States met the diagnostic criteria for a cannabis use disorder 138,000 voluntarily sought treatment for their cannabis use. 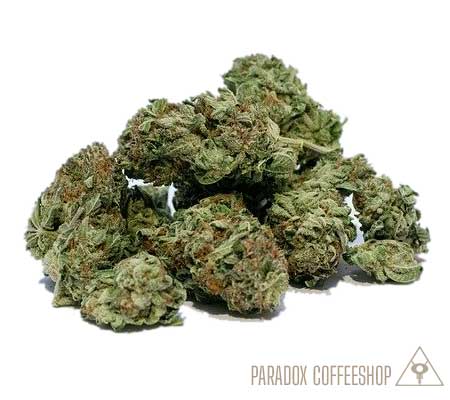 Rising Potency
Cannabis potency, as detected in confiscated samples, has steadily increased over the past few decades. In the early 1990s, the average THC content in confiscated cannabis samples was less than 4%. In 2018, it was more than 15%. cannabis concentrates can have much higher levels of THC. The increasing potency of cannabis, combined with the use of high-THC concentrates, raises concerns that the consequences of cannabis use today could be worse than in the past, particularly among those who are new to cannabis use and in young people, whose brains are still developing.

What Is The Difference Between Marijuana and Hashish?

Paradox Coffeeshop
4.6
Based on 1257 reviews

Cooler Dude
13:48 30 Aug 22
The Staff is really friendly and the Price is good. The Location is also a bonus and perfect to smoke and chill. The... latte tasted also good overall good.read more

Barry Connolly
07:08 27 Jul 22
A must visit coffee shop. No nonsense and friendly staff. Not like some cafes which seem gimmicky. Superb products with... variety and would recommend adding to any itinerary. I'd definitely return.Paradox you have set a bench mark. Keep it up.read more

Orfhlaith King
19:20 25 Jul 22
I had read a lot of reviews before going. I didn't eat a lot of the spacecake as per the instructions and on the... servers recommendation, didn't really feel the effects. cake was still really good and staff were lovelyread more

Ryan Gulfa Wijaya
15:12 28 Jun 22
Best Space Cake in Amsterdam. Follow the instruction for my wife did not and paid the price 🙂

Serena Delli Noci
15:39 14 Jun 22
The place is small (due to some renovations I think) but very cosy, the atmosphere is nice and the two ladies super... kind, recommended!read more

Artz Marques
08:04 11 Jun 22
I came here by recommendation of a friend and I’m happy he recommended it. The cake is delicious and has 1g of grass.... The prices apparently went up (I paid €7.5 per slice and it was €7 not long ago), but it’s still worth it.read more

Miss Vaga
21:38 31 May 22
Cute little shop good smoke. I'm a heavy smoker from Canada and the strongest one was great for me, really hit the... spot after a long trip. And not a busy place if you're looking for somewhere chill. And they're very friendly!read more

R S
18:14 01 May 22
biggest upside: the best prices in the surroundings, very nice hash and outdoor-grown for a small price, can definitely... recommend - yet small place, don't chill inside and there is only small variety of strains, most of them well-known -read more

Filipe Montezo
13:54 05 Apr 22
Best space cakes of the city, and probably the world. I'm speachless.But PLEASE follow the instructions. Half a cake... is more than enough. TRUST ME.read more

Cisla Onche
15:29 27 Feb 22
the best space cakes in amsterdam! they taste delicious and are VERY strong (1gr per slice) for only 7€. You might want... to consider eating only half if you're not a regular user though. The staff is also really friendly and will help you if you're not sure about how much you should take.read more

Yevhen Logosha
22:43 11 Dec 21
Part of it was under renovation yet still friendly stuff, good advice and choice of weed. Spacecakes are the business... tooread more

Jordi Clemente Calduch (Linku)
14:19 30 Oct 21
The staff is really kind and the cake is amazing, both in taste and potency

Kev Richardson
22:16 26 Oct 21
The best space cake in Amsterdam; very chill & calm with an open and airy atmosphere. Unlike many of the dark and dank... pot-cafés.read more

Phil Martinez
10:40 31 Aug 21
A must-go when you're in Amsterdam.The owner is very nice and will help you make your choice.

Rob Gilham
23:16 03 Jul 21
More friendly than your average coffee shop and great mix of regulars and visitors. Known for the cake which is really... popularread more

Rik Head
20:43 03 Jul 21
Excellent small shop with a nice choice. Staff are the best. We visited Cheeky Monday on our last night and had to wait... 10 hours before our flight back the next day, safe to say we stayed in here for a good few hours that day.read more

benny
12:47 10 Aug 20
If you want a quiet smoke away from all the English/German dudes in white T-shirts and silly bags; come here. Friendly,... good prices and great weed.read more

Juliette Straet
13:36 31 Jul 20
Amazing space cake. Not expensive and super sensationsCareful, don't do like us and have an entire piece at once, too... strong !read more

Jeff Doll
16:20 25 May 20
This is my 1st stop when arriving from the state's... Quant and relaxing. Not all the glitz and glam which is perfect... for a mellow chill spot. And the music is fantastic along with the menu choices👍👍👍read more

Brooks Quinn
06:37 08 Mar 20
We had a great time here! Met a couple at our table enjoyed some coffee and a smoke. They have a great selection on the... menu as well; as strong or mild as you would like.read more

Gerald Tellez
15:43 01 Mar 20
Am visiting from California and I’ve been to five other coffee shops in the center of Amsterdam and this place is the... absolute best! The Paradox is not pretentious like the other shops this one is chill and pleasant. It goes along way!read more

Ebony Wilson
19:13 02 Jan 20
Absolutely brilliant service and great atmosphere! Their pound cake is fantastic and very strong. Paradox made my time... in Amsterdam so much fun 🙂read more
Next Reviews